We have the MOST INCREDIBLE NEWS TO SHARE WITH EVERYONE

Our beautiful brave boy Aaron has asked us to share the most amazing news with his special friends fighting ROHHAD Around the world and with everyone who has supported his #AaronNeedsIronman campaign.

It is with the Biggest of Smiles and Happiest of Hearts we share with you all the most incredible news. Wishes can come true and we are so happy to share that our brave boy Aarons WISH to speak to his favourite hero Iron Man and ask for his help to raise awareness for all the children with ROHHAD, has happened !! Thanks to the charity When You Wish Upon a Star

Robert Downey Jr has seen Aaron’s video appeal and the support and kindness he has shown to him since has just been incredible. Aaron received a special FaceTime call from his favourite hero that was magical and such a blessing to watch unfold. During their chat Aaron asked him the question that he has been so desperate to ask;

'Can you please do my #GOMADJUMPFORROHHAD Challenge? and help me raise awareness for all the ROHHAD Kids around the world?'

The most AMAZING NEWS is that Robert said YES!!! He told him he would love to do his challenge and made him feel so special.

Iron Man has answered our brave boys plea for help and in doing so has made him the happiest little boy in the world! He has not stopped smiling since and told us he feels he is the luckiest boy in the world because he is now best friends with Ironman!!

Thanks to Robert Downey Jr, his team and the team at Marvel Universal; Aaron has had the most incredible time of his life. He has recently met Captain America, Falcon and Black Widow during a visit to the film set that seen Aaron have the most magical time.

Aaron has asked us to please say a SPECIAL THANK YOU to everyone who has supported him and helped make his wish to help his special friends come true.

Robert and his fellow Avengers have an incredible fan base and messages of support have been flooding in. To all of the Ducklings (RDJ Fans), Marvel and Avengers fans, friends, family, members of the public and every celebrity who watched liked and shared Aaron’s video appeal on Twitter and Facebook THANK YOU!. We have no doubt your support has helped us reach Robert for Aaron.

When You Wish Upon A Star Charity took Aaron into their hearts and wanted to help him. They are a wonderful children's charity who have helped thousands of terminally ill children's wishes come true and they have just helped make Aaron’s wish come true too. We could not have reached Robert without their help and support and we just want to say a very special THANK YOU to them for helping Aaron achieve his WISH and dream.

When You Wish Upon A Star charity, the ROHHAD Association charity and the press have all been instrumental in helping raise awareness and helping Aaron reach Iron Man too. THANK YOU!

MASSIVE Thank You to Robert Downey Jnr, his own team and the team at Marvel; John, Russell, Chris Evans, Anthony Mackie and Scarlet Johansson for helping make Aaron so incredibly happy. We are deeply grateful for their help and support for Aaron’s Wish to help the other children battling the rare life threatening disease ROHHAD.

The memories of his time talking to his favourite heroes on FaceTime and on set will never leave Aaron or us, they are truly magical and will be cherished forever.

The best bit though is still to come and Aaron cannot wait to see Robert take on his challenge he reckons that it will be EPIC!! 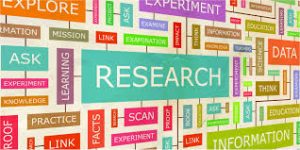 Please see the extract below from our recently updated Research Page.  There is currently an International Registry being compiled by Lurie Children's Hospital in Chicago.  They are looking for participants from around the world and would like for all the currently diagnosed ROHHAD children to participate if possible.  Please read below and feel free to contact us here at the ROHHAD Association at [email protected] if you have any questions about this.   We also have some updated news to share from the UK, so please read below and contact Chicago hospital via the links if your able to participate.  We will continue to update any research information we have as it comes into us here at the charity.

'Research is vital to identify improved treatments, deliver better quality of life and increase understanding of the ROHHAD condition.
It is imperative that research is done if we stand any chance of saving the lives of the children diagnosed.

The ROHHAD Association is currently working hard to raise funds so that research into the condition can begin here in the United Kingdom were we are based.
At present no research into ROHHAD is underway in the UK, but we believe that as our donations increase with your help we will be able to change this.

We also hope to achieve enough funds that will enable us to consider research funding requests into ROHHAD from around the world.

There are Endocrine consultants in Scotland and England within the  UK who are very interested in beginning research into ROHHAD.  They are now working collaboratively with one another to prepare research proposals.  When we receive the proposals we will have them independently checked by both scientists and medical doctors to ensure that the research funding is viable and relevant to ROHHAD Research.

We have also been assured by Scotland's First Minister Nicola Sturgeon that any research proposal about ROHHAD will be looked at and considered by the Chief Scientific Office in Scotland.  This does not mean that funding will be approved however they will review all proposals.

At the time of writing this we have been made aware that it is reasonable to expect the cost of at least one year of research to be approximately £300, 000.00.  We have raised to date just over £2600.00.

We will continue to work incredibly hard to raise awareness and the funds required so that we can support and fund research within the UK.

There is currently some research being undertaken in the USA and we will blog and post about research projects from around the world.

We have recently been asked by the team at the Ann & Robert H. Lurie Children's Hospital of Chicago to include the following information on our website.  We are more than happy to share this with you all and ask that any family affected by ROHHAD who is reading this for the first time to please either contact us here at the charity for further information or click on the links below.

Lurie Childrens Hospital are currently undertaking some Research into ROHHAD, they have started an international registry for children diagnosed with ROHHAD and they are actively seeking participation in this Registry

Please click the following links for further information about the registry and details of how you may be able to participate.

The hospital at Chicago is also currently updating their website to include some other ROHHAD studies that they are currently doing and are preparing to do.  It may also be that you would be interested in participating with these studies.

If you have any questions relating to the International Registry you can contact us here at the charity and we will happily try to help. '