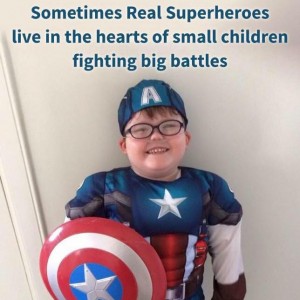 This is the first blog entry that I have written for Aaron and despite having thought about doing this for a while I am still slightly at a loss about were best to begin ?.  Do I start at the beginning before ROHHAD and take you through his life and what it is like for him and those who love him living with ROHHAD or do I begin from now ?.  Since I cannot make up my mind I will do both for now and if at any point you the readers feel that format is not working well you can let me know and I may change it !! 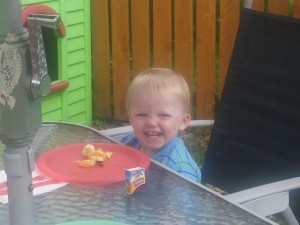 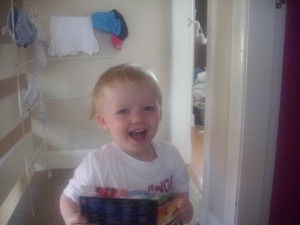 Until the age of 2.5yrs old Aaron was a healthy boy, he reached all of his milestones and he was full of energy.  Everything was as it should be, he kept us on our toes and truth be told I was exhausted running after him you could not keep up with him when he was out and at the park.  He would run everywhere on his tiptoes.  He was shy and sweet.  He loved Thomas the Tank Engine and every morning once Lauren was at school, I would spend the morning building train tracks and he would play with them for hours.  As he got a little older his passion for trains was to change to transformers and superheroes.  He would play for hours with his sister although if she was to do something he did not like he soon let her know !! He was very comical and would often have us in fits of laughter at his antics.  If there is such a thing as typical wee boy then i would say Aaron was it in many ways.  He loved kicking the ball at the park for example and i remember clear as day thinking during the summer before ROHHAD began that the following year I would need to sign him up for a football team.

Before the first signs of ROHHAD began to develop in Aaron he was fully toilet trained, sleeping through the night and dry at night, he had outgrown his nap and he would pick at his meals never finishing them.  He was a little underweight before his symptoms began.  I know this because we went regularly to the baby clinic and he had a few viruses one after the other, they took his weight and said he was underweight.  I explained to his doctor at the time that he was a picky eater never finishing meals and always on the go running and climbing !! They wanted to check up on him again a few months later to be sure he was gaining weight and not loosing more and that is when one by one his ROHHAD Symptoms began to appear .........  I will continue this in the next blog.

This is Aaron on his first visit to Robin House Children's Hospice in Balloch.  Every parent who has a child living with a terminal life threatening disease or syndrome will tell you that Hospice Care initially is a massive mixture of emotions.  To qualify for these services and care your child is not likely to reach adulthood and how you feel with that is impossible to put into words, devastated does not even come close; however look at the smile on Aaron's face here his smile that lights up the room.  This smile and the full day of happiness and memories that we made with Aaron at Robin House confirmed that we had made the right decision, Robin House will now be our sanctuary, our home from home or holiday home as a lot of the children who go call it.  It will be a place were we will be happy and make memories that will last us for all of our lives.  Aaron loved it he goes back at the end of this month and he is already counting the sleeps.  He loved the pool, swimming was always something Aaron loved but something he had turned away from in the past year for a few reasons.  Its not that he can't go swimming as you can see he can it is just that due to ROHHAD declining in Aaron he became really aware of how he looked, his oxygen tubing and cylinder would cause a stir the few times we did venture to a public pool.

Sadly the lifeguards made a big deal about it, concerned for other peoples safety.  As a former lifeguard myself i was quick to reassure them that his tubing and cylinder would cause no additional risk to the other swimmers and that we were fully aware of it.  I also explained to the one lifeguard who told us we should not take Aaron swimming that he was sorely mistaken and was not allowed to legally discriminate against my child.  The fuss that was made on both occasions made Aaron upset and he wanted to leave the pool.  As if that was not bad enough when we left the changing facilities were not suitable to change Aaron and do his stoma cares.  I had to lay him down on the floor on a towel.  So that was it not at anytime did Aaron want to to go back to swimming, until Robin House !!.  He was able to go in the pool with just us and the changing facilities were exactly what was needed.  He loved it and so did we.

The past few weeks Aaron has been doing quite well, we went to see Captain America Civil War and he had a great time.  This made him want to write even more letters to the Avengers so that they can watch his social media video #GOMADJumpForROHHAD .  He is still convinced that the Avengers will help him and his special friends when they watch his video.  He believes 110 percent they will do his challenge and i really hope he is right as if they don't he will be so upset.  If you are reading this and you do not know what I am talking about watch Aaron's video on our homepage or visit our Facebook Page ROHHAD Association.

Medically Aaron has been fluctuating as all the children battling ROHHAD do, his numbers (oxygen levels and heart rate) have been good some nights and on other nights the alarms have been fairly consistent.  Tonight is a bad night, i have had to stop and start this blog quite a few times as Aaron is struggling to keep his oxygen levels above 93 he keeps dipping into the low 80's which has meant i have had to increase his oxygen level to 2 litres.  I can't give him anymore than that through his ventilator and if he requires more i have to take him to hospital.  I will monitor him closely over the next hour if his numbers don't improve we will head to the hospital.  It is nights like these I am filled with fear and i can't help but think of the children with ROHHAD in ICU just now like Aaron's friend Luca.  I also find my thoughts wandering to my friends who have lost their children and I cannot even imagine what they are going through right now.  Only a few weeks ago one of my amazing friends lost her son, she checked on him and he was doing okay and when she checked again a few hours later he had passed away and that is how unpredictable ROHHAD can be.  Just thinking of them kills me inside, I cannot even begin to imagine the pain they are in right now. They are always in my thoughts and prayers and I wish with all my heart they did not have to suffer like this.  Some of the kids say that ROHHAD Sucks,  Aaron recently said that it was 'shit' i almost gave him into trouble but i didn't not this time because he is right.  ROHHAD is Shit, it does suck, its incredibly cruel and difficult beyond words; however so long as my Captain Braveheart keeps fighting it and so long as he has special friends around the world fighting hard every day just too live; I and all my special friends and families will keep fighting alongside them.  I refuse to let ROHHAD take my son without a fight.  I hope that one day the rest of the world will know what ROHHAD is and help us fight it too......  the mission as Aaron would say is to defeat the Evil ROHHAD or in my words FIND A CURE................. 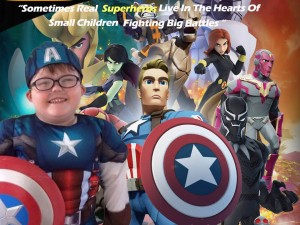