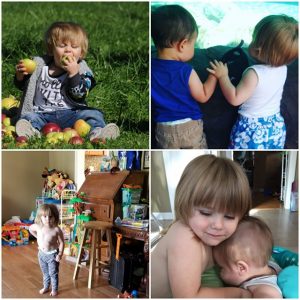 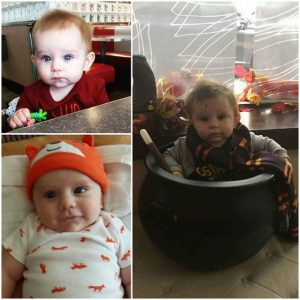 Meet Banner Mazza Sears, born February 7th, 2015. 38 weeks, 6 pound 14oz 19 1/12 inches. Banner was an energetic and happy baby. Although shortly before his 2nd birthday, he began to have odd bruising, excessive black eyes, and wounds that would not stop bleeding. We were admitted to Hasbro Children's and diagnosed with ITP. Banners platelet count was 15,000, when the average person, on the low side has 150,000. They believed this was brought on by an average virus. After one treatment of IVIG, and many blood tests for the next year, we were almost clear of our hospital trips.

A week before his 3rd Banner was diagnosed with influenza A. Up until this point Banner was always small for his age, at almost 3 he was still wearing 2t clothing. Due to the Flu, we pushed back his 3 year appointment 1 month. At that appointment, his paediatrician said he was 4 or 5 pounds overweight. So at that point, our family went out of our way to make sure diet and exercise were top priorities. After a few months of serious healthy eating, and nothing but continued weight gain, as of June roughly 20 lbs, (with no other symptoms easily recognized) we switched endocrinologists and saw someone at Hasbro.

After our first appointment, even though we had planned many tests to rule out any other diagnosis, our doctor mentioned in his notes to our paediatrician, this may possibly be ROHHAD. The following month brought tests for cortisol, pituitary gland, Cushings, Prader Willi and more, and ended with a scheduled MRI.

Two weeks before the schedule. MRI, I was awoken by some noises that sounded like Banner was talking in his sleep, or possibly having a bad dream. It was 5am so I almost didn’t go in, afraid he may not fall back to sleep if I did. Something told me in my gut to check on him. When i went in, Banner was in respiratory failure. We called the ambulance, they came and began CPR and immediately bagged him. He had a temp of 106. This was brought on by the common cold virus.

At this point, in Sept of 2018 we were officially diagnosed with ROHHAD. Banner had hypo-ventilated. We went home 16 days later on BiPap ventilation. In the first week of October he was admitted again with pneumonia. After that 8 day recovery, we decided to come to Boston children’s. They have 6 cases of this diagnosis that they have managed and treated, it seemed the best choice. Our initial appointments showed that with Banners case, an immune system compromise, always followed and huge show of his ROHHAD symptoms. We decided now was a good time to remove Banners tumour that was resting near his spine.

We were admitted December 4th for tumour resection and we are still here at Boston Children’s now 11 weeks later and will be for some more time to come. This is because Banners respiratory issues got so bad, and his CO2 levels were so high (140 awake, average is between 30 and high of 50) we had to go ahead with a tracheostomy. Banner has struggled with tracheitis, pneumonia and viral infections. On top of being 4 and not wanting to have tubes all over!

We are hoping to be heading home within the next couple of weeks once we can staff some home nursing hours. One of the hardest parts of this diagnosis, has been the change in his personality. Banners behaviour has become extremely aggressive at times, which can be hard to explain to friends and family, and also hard on your heart as Mama. There are times it appears you have flipped a switch, and its not my little boy I'm looking at. It's not his fault!! The part of his brain that helps with control is not functioning properly. Another cruel part of this disease and that is devastating.

Banner always manages to push through the bad times and kiss and make up. Banner is absolutely hilarious. He is such a ham, always making the staff laugh! He has an absolute fan club here in the MICU. He shouts from his room, hello! to all walking by. Invites them in to play with his guys (Marvel super hero figures) or cars, or to play Ghost busters on the tablet. Banner loves to play ball (he has a heck of an arm!) And, he also really enjoys just jumping around in his bed like a "crazy coconut"!!! There are still snuggle times and lots of hugs and 100 kisses, but Banner is easily frustrated because he is so limited. ROHHAD is a terminal diagnosis with no cure, and so far not a lot of research. None of us who are living with this daily, have any idea what to expect for our futures, or will we even have a long future.

There is no way to plan, or treat this disease. It is just management of symptoms. With only 100 cases worldwide there is no clear connection between our kids. They do not know yet if it is genetic, it would seem so unlikely to be environmental as kids from all different places all over the world have it. We need to raise awareness, and gain exposure. Our kids need us to advocate for them research into ROHHAD is urgently needed. Please help us by sharing the stories of our ROHHAD warriors. #BannerBrave #HulkSmashRohhad 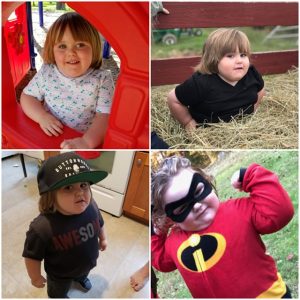 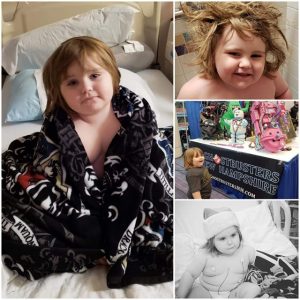 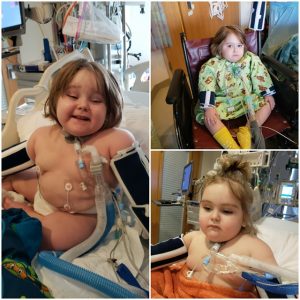