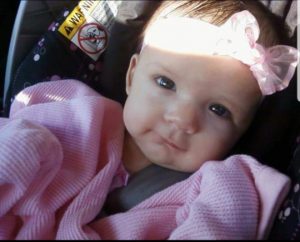 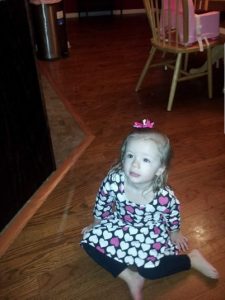 Alayna Leigh Jacobs (Lani, 6) of Ripley (above before ROHHAD), Tennessee, bacame sick a month before her 3rd birthday. Prior to this, she was a happy, healthy, "normal" kid. The day she became sick, we thought she was having an asthma attack. We took her to a local hospital, where we were told it was probably an asthma attack plus maybe something viral. They told us to follow up with her primary care.

The next day we took her in to discover her temperature was around 87 degrees. They sent her to the local hospital to be flown out to Le Bonheur Children's Hospital in Memphis, TN, almost 2 hours away. When we finally got there we were met by 2 chaplains who took us to the trauma unit. They had to intubate her. They had no idea what was wrong. They told us to call in our family, and that she probably wouldn't make it through the night. She shocked everyone and came off the vent. However, every time she would fall asleep she would stop breathing. They intubated her again, and did some research.

They came back in her ICU room with something printed from the internet and told us that she had all of the symptoms of ROHHAD. They had never seen it before. Neither had St. Jude Children's hospital. After finding this out, they continued running tests on her to discover that she had cancerous tumors. We were sent over to St. Jude to have her cancer removed. After around 3 months, we came home. Since then, she has slowly gotten worse. She had a pacemaker put in to keep her heart from stopping, a gtube to feed her, and a trach and full time ventilator to make her breath. She has seizures, can no longer walk or eat, swelling in her brain, and several other issues.

She was placed on hospice and given 6 months to live. That has been over a year ago. She is now getting IVIG infusions every month to try and help her autonomic issues.

Lani knows she is different. She wants to go to school so bad but she just cannot. Her immune system is so weak. She occasionally gets to go to our church, First Apostolic, in our hometown but other than that she only goes to her specialists.

Even after all Lani has been through, she still puts on a smile that can make anyone's day brighter. She loves with her whole heart. She enjoys coloring, playing with blocks and stickers, and watching movies on her iPad. She loves all things disney, and really enjoyed her make a wish trip to Disney World.

ROHHAD has affected every aspect of our lives. Lani has 24 hour nursing in our home. She has a doctor appointment almost every week with one of her specialists. This is her life. This is what she has dealt with for almost 4 years now. There have been so many hospital stays and time away from our home. She endures so much, more than most people could ever imagine. This is why research for ROHHAD is so important. We must find a cure. Too many precious children have died from this. And every day that passes, I thank God for another day with Lani. But that fear lingers. Every smile I see from her, I wonder if it will be the last. Every time she gets sick, I fear she won't make it through. This fear is real for lots of parents who see their child suffer from ROHHAD. we MUST find a cure. 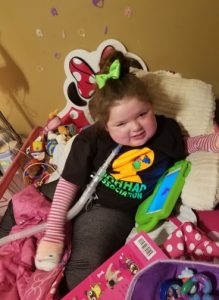 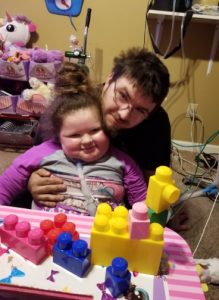 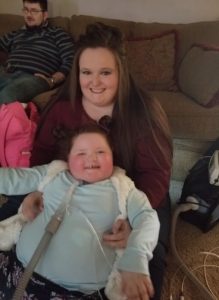 We are delighted to officially announce that the ROHHAD Association is now OPEN to proposals for funding for Medical Research into ROHHAD Syndrome.

The available funding for 2019/2020 research grants is a staggering £275,000.00 which would not have been possible without the help of all of our incredible supporters, our inspiring children their families and their friends. Each and everyone of you have contributed and we couldn't have done it without you.

We want to say a MASSIVE THANK YOU to you all and also to our charities special friend Robert Downey Jr and all of his amazing fans the ducklings whom helped us immensely with raising awareness, funds and the #GoMadForROHHAD campaign. Fulfilling Aaron Hunters Wish to help raise awareness and funds to #FindACure for his friends all around the world battling the Evil ROHHAD

Applications for funding closes on the 1st of February 2019 and we hope to be supporting ROHHAD Research Financially by April 2019. We will keep you all updated on the progress of ROHHAD Research as this moves forward.

Please click the link to view our charities Research Strategy and also the criteria for this coming years funding proposals. The Strategy and ROHHAD Research Priorities were created in consultation with the families affected by ROHHAD Syndrome.

We hope that we can rely on your support now and in the future to ensure that one day we do indeed Find A Cure! 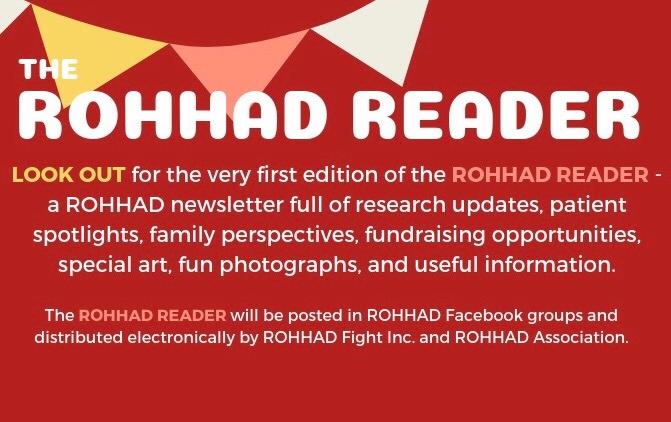 The ROHHAD Reader was written and published by Casey Rand, Emma Dunne and their colleagues in clinical research at the Center for Autonomic Medicine in Pediatrics (CAMP) Ann & Robert H. Lurie Children’s Hospital of Chicago and we want to say a special thank you to them for taking the time and putting so much effort into this first edition(yes more will follow!)

However it is our awesome families who shared their photographs and experience with ROHHAD that has made this issue very special and an incredible read so an extra special thank you to all of you who got involved.

We hope you enjoy it as much as we have here at the charity.

One last Huge thanks to all of the doctors, junior doctors and scientists that are involved in ROHHAD Research already and whom are keen to carry on researching and help us to understand this disease better hopefully one day leading to a cure. The ROHHAD Reader introduces you to the teams who are doing research currently and who will be doing more as time goes on.

As you will see we have doctors in various places across the world who are working hard to try and help our children.

As a charity and as families affected hopefully we can all continue to work hard together to raise funds and awareness of ROHHAD so that we can help fund this vital research. If you would like to help please visit our donation page or get in touch to find out more about support you can give.